GTA Online – today is a premiere of Arena War update

Today GTA Online has received an update called Arena War, which introduces seven new game modes to the game. They allow us to enter the arena and take part in murderous competition with the use of customized cars. GTA Online (which is a multiplayer module for GTA V) has received another update, Arena War, which will introduce quite interesting novelty. It gives us several new game modes, which can definitely be associated with the movies from Mad Max series (as well as several cycle of games, including Twisted Metal).These game modes provide us with the chance to take part in different contests, where we use customized autos. The gameplay takes place in special arenas.

Enter Arena War, where ruthlessness, characteristic for gladiator fights, meets the most modern technology of vehicle customization in one highly spectacular, and flammable, tournament. Register today and begin your completely new career in a stratospheric dome called Maze Bank Arena. The whole entertainment consists in turning the brains of our enemies into a mass smeared on the steering wheel. All of that in the name of, and thanks to the courtesy of Alan Jerome Productions – the authors say.

At our disposal there are seven varied game modes: Hot Bomb, Wreck It, Games Masters, Carnage, Flag War, Tag Team and Here Come The Monsters. Down below there is a short clip presenting a fragment of the gameplay of the first game mode. (It was published via Twitter by @therealjackster).

The beginnings in the tournament are quite simple – you just need to enter the page Arenawar.tv on the phone of our character. The first step is to purchase one of the vehicles destined for this type of gameplay (the names along with prices – GTA dollars – are presented in the table) or to customize one of already owned cars. The patch adds new office space with special, two-level garage. 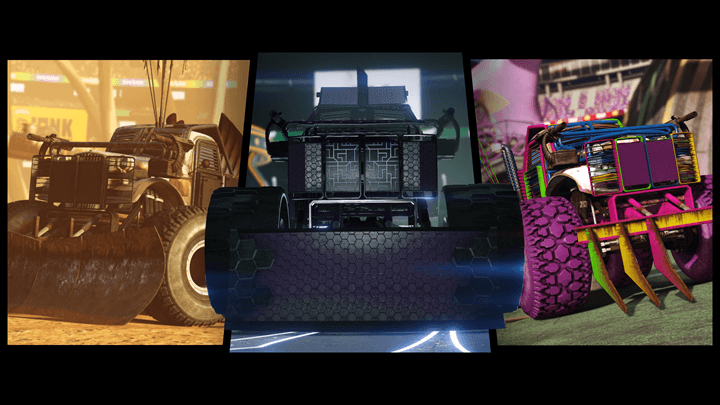